October can be a tricky month for planning a car event, but we’ve been fortunate this year. The evening of the Cruise Night, was going to be the last of the 70 degree days for the for seeable future. There was some speculation about a light sprinkle later in the evening, with everyone consulting their phones. You couldn’t ask for a prettier evening with a few members coming in their Gen 1’s without tops and windows.

For our October Cruise Night, our host, Mike Cipponeri, picked the Grand Tavern, located in Rochester Hills. We had a nice secluded area to park our cars and another indoors to dine with our friends. The club treated everyone with heaping plates of nachos, while we were waiting for our meals. The staff did a fantastic job of handling the large influx of people, all hungry and thirsty.  After the meal, Mike spoke to the members and thanked everyone for attending.  He let on that he was a little concerned, that when the clock rolled around to 6-ish, no one was showing up.

We didn’t let him down and shortly thereafter we had 33 in attendance with 20 Vipers.  A nice turnout indeed!

When we came out of the restaurant, we were a little surprised to see some rain on the cars, with the Gen 1’s getting their “interiors cleaned”.  Word quickly spread that rain was coming and everyone said their goodbye’s and made a hasty retreat home.  All in all it was a fantastic evening to see some we haven’t seen in awhile and a new face or two.  Dan Steele who was recently transferred to Michigan for work, came in his Gen 2, and we quickly pounced on him about membership.

Thanks again to Mike Cipponeri and the staff at Grand Tavern for an enjoyable evening. 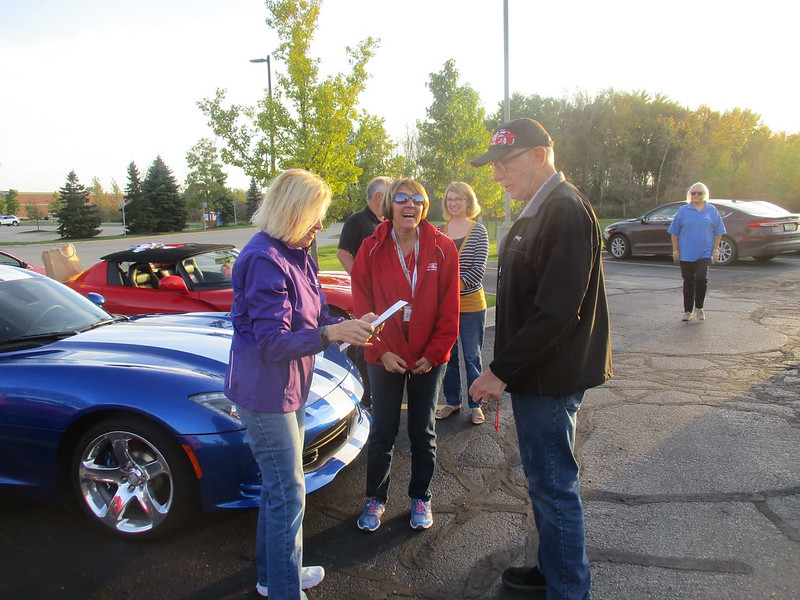